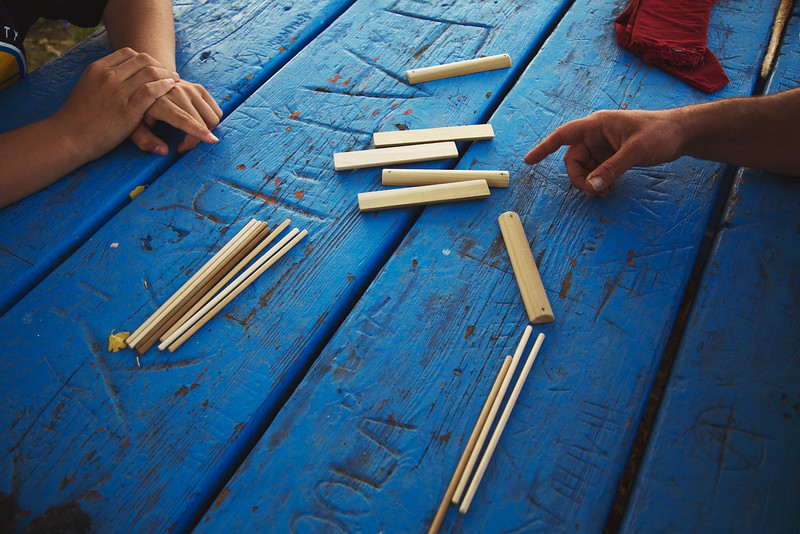 Many Native American tribes have games called "stick games." This version, played mostly by California Natives, is similar to dice rolling. To start, each player is given the same number of small, long sticks. These count as a currency for the game and when you run out you lose.

In the center of the play area there are larger sticks designed for rolling. Each side of the stick is different, with one side inscribed with a carving or writing, and the other side left blank. Players take turns rolling the larger sticks and if they get three of a kind they take one small stick from the other player and if they roll six of a kind then they take two small sticks.

Traditionally, this game was seen at large social gatherings and was played either for fun or for gambling. The game could be played with walnut dice (instead of the large rolling sticks) and for gambling many different currencies would also be used, including clam shells, disk beads, and olivella shells.